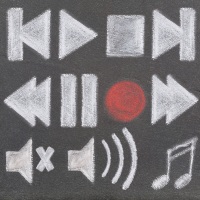 Translating in the Multimedia Age

Communicating in the Web: Spreading vs Selling — November 24, 2012

Communicating in the Web: Spreading vs Selling

This is a basic difference for me, and I will refer to it often. I think it’s quite self-explanatory, but every now and then we do run into people who don’t understand why someone would pay for a multimedia translation service when you can get it for free, so I’ll elaborate a little bit.

Blogs, podcasts, webinars, online courses and social media are wonderful tools. We are getting more information than ever, kids are learning so much quicker, and ideas are being conceived, developed and deployed globally using web tools.

Language is the biggest obstacle to true globalization — even more than technology, I think. English is currently the world’s lingua franca, but this doesn’t mean that everyone can understand it. It only means that it’s the language that is most translated from and to.

Projects like TED are amazing. Sponsors cover the costs, the speakers waive their remuneration, and the videos are translated into dozens of languages by volunteers through their Open Translation Project. TED offers good support to translators; every translation is revised by another volunteer, and the result is quite good.

However, there are two main issues with crowd-sourcing and similar strategies.

First, crowd-sourcing requires an infrastructure, which is not very simple or free. TED or Facebook or Twitter can use crowd-sourcing for translation and achieve good results, but that’s very different from John Doe wanting to translate a promotional video to put it on the website of his small office supplies business so he can sell items in other countries. Fansubbers translate their favorite shows and movies for free, but I doubt they will be interested in subtitling John Doe’s promotional video. And this video won’t be launched on TED, either. So John Doe, like most other people in the planet, will need to find a translator.

Second and most important: ‘free’, ‘amateur’, or ‘dirt cheap’ are concepts that more often than not don’t entail good quality. And by ‘good’ I mean professional-standard good, not good enough.

TED spreads ideas in lots of languages for free. The videos can be understood in all of those languages — the translations are good enough for that. But TED is not selling a product or a subscription; it’s doing non-English speakers a favor. The same applies to the Facebook or Twitter interfaces.

But what about John Doe? He can choose to translate his website for free using a free machine-translation tool, or ask his niece who took Spanish lessons to do it cheaply. A tech-savvy neighbor might even put subtitles on the promotional video for him. The resulting quality would fall between embarrassingly bad and good enough.

What image would he convey to the outside world? We express ourselves through words; if these words suggest carelessness, why should our other products or services be trusted?

I’ve talked about this before and certainly will talk again. If you want to sell a professional service or product, you need to convey a professional image. This shouldn’t require any further explanation. A Geocities-style website and a Hotmail e-mail address can look suspicious and put people off, and the same applies to the way you communicate.

And, when dealing with multimedia, not only do you require a good professional translator, but a good professional translator with experience in the form of multimedia you have in mind. Translating a website is not the same as subtitling a video, which is not the same as dubbing a video. Trying to cut corners will very likely lead to amateurish-looking results.

This is why I was very happy, but not surprised, when I was hired by a client to translate and subtitle a TED Talk. They were going to use it to convey a professional image and so they hired a professional translator and paid what she asked for.

Recently I was also paid to translate videos on health which are freely available on YouTube. Same thing: my client wanted to put those videos on their website through which they provide health-related services, so they didn’t look for free translation.

The same applies to the publisher that hired me to subtitle some interviews with George R.R. Martin, as I described in this other post. They want to sell the translated books, so they didn’t go for fansubbing.

The internet is an awesome universe where ideas can be shared and goods can be sold. But these two activities shouldn’t be confused when considering what type of language service works best for each.